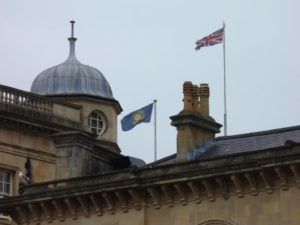 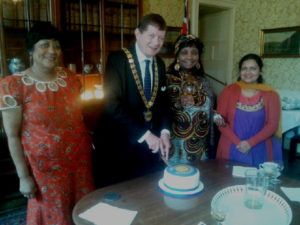 There were also representatives of the Bath Branch of the Royal Commonwealth Society plus Bath residents with links to: Antigua; Australia; Canada; India; Malaysia; and South Africa.

“Joining together as members of one worldwide Commonwealth community, and valuing the personal dignity and worth of every citizen, we raise this flag as a symbol of the ties of kinship and affinity that we cherish.  We draw inspiration from our diversity, and the opportunities for working together, as a rich source of wisdom and a powerful influence for good in the world.  We affirm our commitment to upholding the values set out in the Commonwealth Charter, to serving one another in a spirit of respect and understanding, and to advancing development, democracy and cooperation locally, nationally and internationally”.

Click here to read about the Commonwealth Symbol and Flag