by: The Hon Baroness Warsi PC 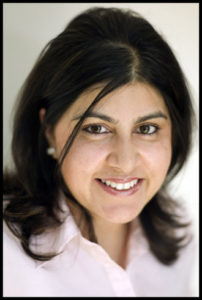 Baroness Warsi was scheduled to address guests at the Royal Commonwealth Society’s event on the Commonwealth and Human Rights on the 24th of March 2014. Unfortunately she was unable to attend owing to parliamentary business, but was kind enough to allow the RCS to publish the speech that he was going to deliver.

A lawyer, a businesswoman, a campaigner and a cabinet minister, Sayeeda Warsi has had many roles, but she is best known for being the first Muslim to serve in a British cabinet and the foremost Muslim politician in the Western world.

Baroness Warsi was appointed Senior Minister of State at the Foreign & Commonwealth Office and Minister for Faith and Communities at the Department for Communities and Local Government in September 2012.

Click here to find out more about Baroness Warsi