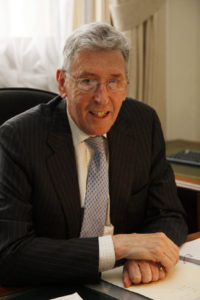 The first biennial lecture to be organised by the RCS Bath was delivered at the Bath Royal Scientific and Literary Institution on the 25th November 2013. The lecture, attended by over 70 people, was given by Rt. Hon. Lord Howell of Guildford, President of the Royal Commonwealth Society, Chair of the Council of Commonwealth Societies and a former Minister of State in the Foreign and Commonwealth Office.  The lecture, entitled ‘Old Links and New Ties’, concentrated on Britain’s future role in the Commonwealth.

The full text of Lord Howell’s lecture can be found in the attachment.

The lecture was attended by students, lecturers, members of the RCS and other interested parties.  Guests at the event included the mayor, deputy mayor, deputy chair of BANES and Ken Pascoe the Consul General from the Australian High Commission.

It is intended to hold this event every two years in conjunction with the Bristol Commonwealth Society.