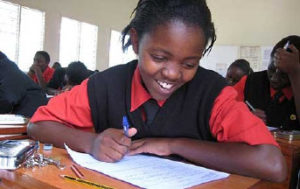 In 2013, Lawrence Lockhart walked from John O’Groats to Land’s End as part of a fund raising campaign to create a £15,000 endowment (to which RCS Bath contributed) to provide a permanent free place for a needy child at Starehe Girls’ School in Kenya.

Starehe Boys Centre was founded in 1959 when Geoffrey Griffin opened two tin huts to provide shelter and food for Nairobi street boys.  From those humble beginnings, the centre has evolved into one of the finest schools in Africa, providing a home and free education for destitute children.  In 2005 a Girls’ Centre and School was opened and, on Starehe’s Jubilee in 2009, an appeal was launched by Princess Anne to provide facilities and endowments for both centres. 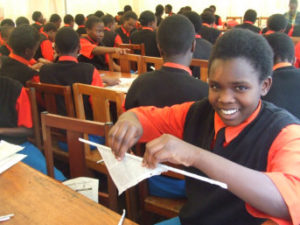 Lawrence came to know Geoffrey Griffin and Starehe while working in the Ministry of Education in Nairobi in the 1970s, and has been associated with Starehe ever since.  The Jubilee inspired Lawrence to create an endowment.

More information on Starehe is available at: