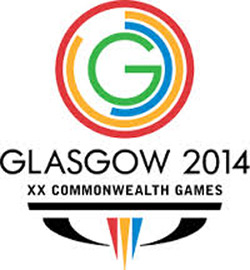 The 2014 theme was ‘Team Commonwealth’, which expresses the real spirit of friendship and motivation towards the shared goals and values that exist between the Commonwealth members.

The theme has been chosen in recognition of the xx Commonwealth Games, which took place in Glasgow, from the 23rd July to 3rd August 2012.

Many of the athletes who competed in the xx Commonwealth Games were members of Team Bath, the brand name of the University of Bath based Department of Sports Development and Recreation.

Team bath athletes and alumni represented their countries in a wide range of sport, including athletics, gymnastics, judo, netball and weightlifting. 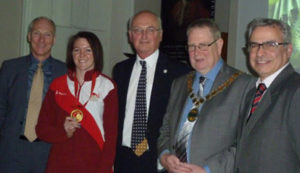 Megan Fletcher, a gold medallist in the 70 kilogram judo then gave a short talk on her career and experiences at the games. Everyone then had a chance to see her gold medal and talk to Stephen and Megan after the event. The evening was also attended by Ian Gilchrist the Chair of BANES and Councillor Andrew Furze, a previous Mayor of Bath. 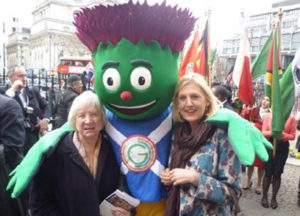 The official mascot of the XX Commonwealth games is Clyde.

Clyde was designed by 12-year old Cumbernauld school pupil, Beth Gilmour, after a nationwide competition to design a mascot for the games, promoted through the BBC.